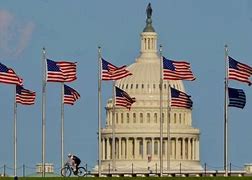 After six years of Republican rule, Democrats are hoping to take back control of the Senate, but Republicans have narrowed their path.

Republicans have so far thwarted well-funded Democratic bids in Iowa, South Carolina, Kansas, Texas and Montana and taken back a Democratic seat in Alabama.
Democrats have captured a seat in Colorado, and have their sights set on several other Republican senators.
Republicans hold 53 Senate seats. Democrats need to win a net gain of three, and the White House, to take back the chamber.
A dozen Republican Senate seats were at risk, while only a couple Democratic senators had competitive contests.
President Donald Trump’s performance is crucial to Republicans’ chances of keeping the Senate.
close dialog
Both parties have so far flipped a seat:Alabama Democratic Sen. Doug Jones lost to former Auburn football coach Tommy Tuberville in a state Trump dominated. And former Gov. John Hickenlooper defeated Republican Sen. Cory Gardner in Colorado, where Biden also triumphed over Trump. 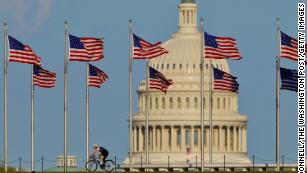 With the parties offsetting those two seats, control of the Senate could come down to three races.
In Arizona, Democrat Mark Kelly, a NASA astronaut and the husband of former Arizona Rep. Gabby Giffords, has led Republican Sen. Martha McSally in every CNN-approved public poll this year. McSally, who was appointed to fill the seat once held by the late Sen. John McCain, has run behind Trump, waffled in her public support for him and failed to excite some conservatives. The senator has repeatedly suggested that Kelly was beholden to China due to his participation in US-China forums, but Kelly has defended himself by pointing to his record as a captain in the Navy.
In Maine, state House speaker Sara Gideon is trying to oust Sen. Susan Collins, the last Republican member of Congress in New England. Since her first victory in 1996, Collins developed a Maine-centric, independent image, winning her last election with nearly 69% of the vote.
But her approval fell during the Trump era, due in part to her support of the 2017 GOP tax plan and the nomination of Judge Brett Kavanaugh to the Supreme Court. Polls this fall show her behind in the race, as attack ads portray her as beholden to special interests.
Collins focused her message on what she has delivered for Maine, including financial relief for small businesses during the pandemic, and a promise that her seniority in the Senate could lead to more federal funding for her state. She also separated herself from Trump in a state he is very likely to lose, opposing Barrett and even declining to say who she would vote for president.
CNN
Related Topics:ELECTIONSUS
Up Next

US election results: Trump sues as path to victory over Biden narrows

US 2020 ELECTIONS: Update From All States