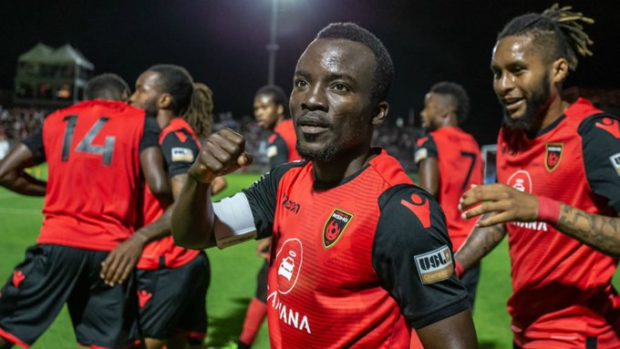 Ghanaian international, Solomon Asante, scored late in the first-half of extra time to give Phoenix Rising Stars a one-zero win at home over Sacramento Republic FC to propel his side to the USL Championship semi-finals on the early hours of Sunday.

Both sides could not produce a goal in the full duration of the game as it travelled to extra time to determine who progresses to the semifinal of the USA second-tier league.

One minute to the end of the first half of the extra time, the 30-year-old winger popped up in the 18-yard box with an improvisation header from close range to break the deadlock of the match.

The second half of the extra time did not produce a goal in the game, and the Red and Blacks marched on to the semifinal of the USL Championship and will face Reno FC.

Rising now faces Reno away next Saturday, October 17. Should Phoenix win that match, the club would host both the conference final and league final based on points earned during the regular season.

Related Topics:SOLOMON ASANTE
Up Next

Covid-19: New local lockdown restrictions in England to be unveiled

Covid: Trump ‘no longer a transmission risk to others’