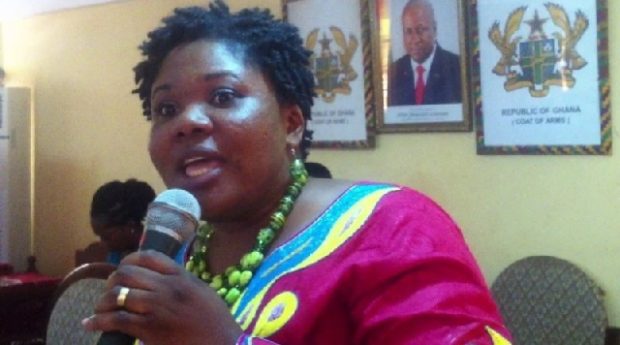 A member of the Minority Caucus has told the government to dare not touch salaries of opposition MPs as part of the government’s austerity measures.

Agnes Naa Momo Lartey, who is the MP for Krowor in the Greater Accra Region told Accra FM’s mid-day news on Thursday, 24 March 2022 that the government can, however, give NPP MPs a haircut.

In her view, MPs of the Majority Caucus earn fat salaries and allowances since they sit on boards of state companies, agencies and organisations; and, therefore, can afford to sacrifice part of their salary.

According to her, NDC MPs, on the other hand, earn meagre salaries and, so, cannot have their salaries cut.

She said NDC MPs will not accept any pay cut until the government stops its inordinate expenditure and tells Ghanaians what all the funds got in the name of COVID-19, were used for.

“If the government cares to know, we are using our meagre monthly delayed salaries to work in our various constituencies and to see to the needs of our constituents”, she added.

She noted that MPs of the Majority Caucus can go ahead and accept a pay cut because they are earning fat sums even in the absence of their salary.

Ms Lartey also said making sacrifices to the country in terms of pay cuts was one thing and using the money prudently was another.

She said the Minority cannot trust the government in that regard since, according to her, this administration has the penchant of profligacy.

Tags BUT CAN dare don't MPs NPP OUR TOUCH you