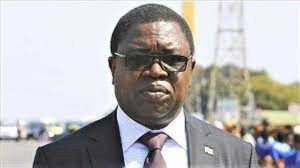 The 56-year-old is suspected of having used proceeds of crime to upgrade his Gibson Royal Hotel situated in the country’s mineral-rich Copperbelt Province.

“In the second count, Mr. Malanji is believed to have procured a helicopter, namely Bell 206 Jet ranger at $700,000, property suspected to be proceeds of crime,” DEC said in a statement on Wednesday.

The hotel has since been seized with the helicopter registered in South Africa.

Zambia’s new President Hakainde Hichilema has launched an anti-corruption campaign, vowing to recover all allegedly looted resources by the previous regime of Edgar Lungu, who lost power in the August 12 general election.

But the opposition accuses him of doing little to stem graft seven months after taking the reins, adding that his drive was politically motivated.

Zambia is in a multibillion-dollar debt crisis that has forced it to seek help from the IMF.