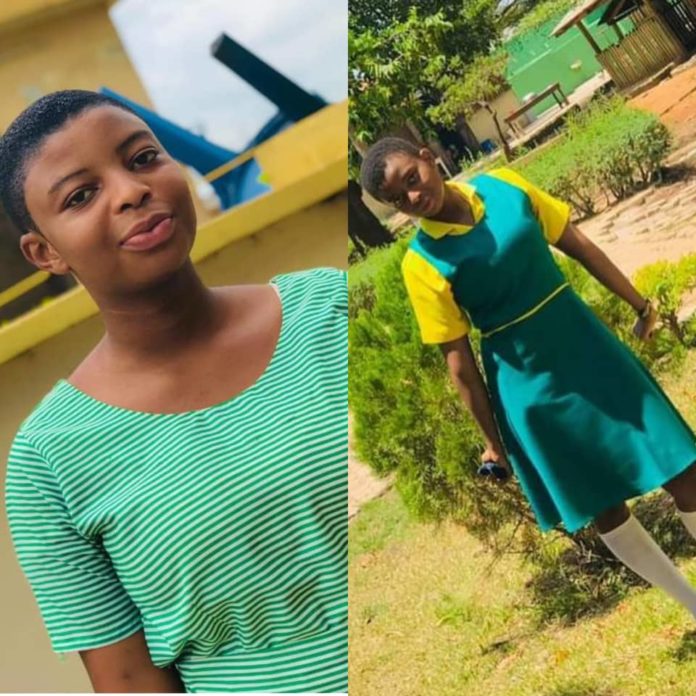 Initial reports claimed that the 14-year-old committed suicide as her body was found hanging at the school’s dining hall while other students were attending bible studies at the school’s auditorium at about 6:30 pm on Monday, May 17, 2021.

Speaking in an interview on UTV Ghana News, Kyere insisted that his daughter was slain and hanged to conceal the killing.

”My daughter is called Leticia Kyere Pinaman. She’s 14 years old and will be clocking 15 this coming November 8. She’s in her final year in junior high school,” he said.

Kyere said he was surprised when he was told that his daughter had committed suicide.

“The rope they claim she used in hanging herself to death cannot kill her because when I went to the scene, she stood on her toes; that means it was a ploy and I suspect the school authorities,” he added.

A lot of questions to answer

”There’s a lot of question to answer,” he said.

The body has since been released to the family after the pathologist concluded the autopsy on Saturday, June 5, 2021, graphic.com.gh reports.

Previous Meet The 76-year-old Man With 38 Wives, 94 Children And 33 Grandchildren
Next SHOCKING: I got infected with HIV at the age of 19 – Joyce Dzidzor