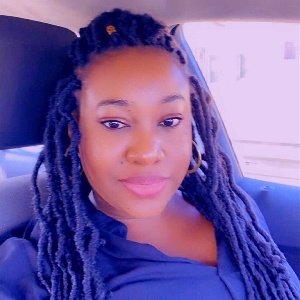 A 30-year-old Ghanaian woman, Karen Aphour, has been stabbed multiple times to death by her brother, 26-year-old Andy Aphour, over household chores, in Evanston, a community in Illinois, USA.

According to the Evanston Police, Karen, who used to work at the Ministry of Foreign Affairs & Regional Integration in Ghana, was found in a residence with “several stab wounds” and was pronounced dead after she was transported to the St. Francis Hospital, abc7chicago.com reports.

The police stated that Andy Aphour was arrested in the same residence after eyewitnesses informed them that he was the one who stabbed Karen.

It said that Andy has admitted to stabbing Karen as they were having a verbal dispute over household chores which has been corroborated by statements of witnesses.

The police also indicated that Andy will appear in court on May 2, 2022, and he has been given a US$300,000 bond with the special condition of surrendering his passport.

Karen Aphour was a graduate of the University of Ghana and the Mfantsiman Girls Senior High.

Some of her friends and former colleagues at the Ministry have taken to her social media page to mourn her sudden demise. 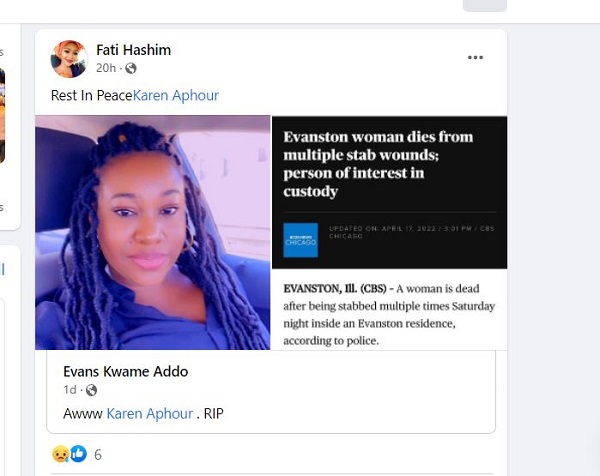 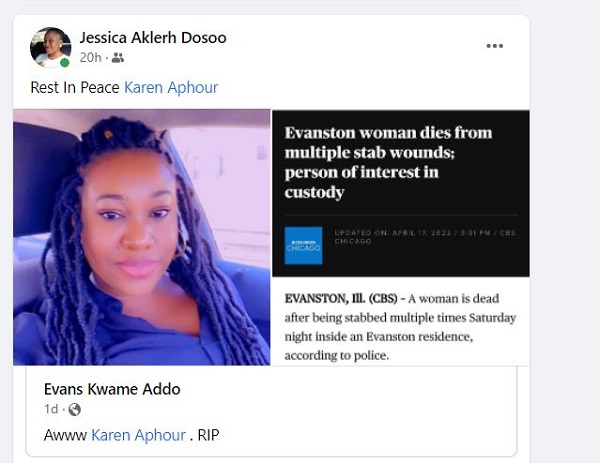