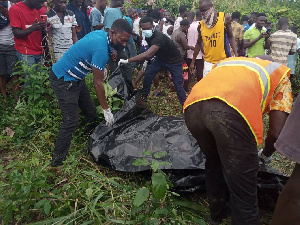 Founder and leader of the Truth Redemption Church in Assin Bereku is in the hands of the Police for allegedly beheading his own wife.

According to a report by Kasapafmonline.com sighted by GhanaWeb, 55-year-old Yaw Owusu went to the farm with his wife, Victoria Owusu on September 29, 2022, and returned home alone.

The suspect when interrogated about the whereabouts of his wife, gave contradictory statements.

Following his arrest, dozens of angry Assin Brereku youth besieged the police station to demand the release of the suspect for instant justice to be dealt on him.

Yaw Owusu has since been transferred from the Bereku Police Station to Assin Fosu while the body of his late wife has been retrieved by the police and deposited at the Cape Coast Teaching Hospital Mortuary.

Previous Having sex for long can kill you, it should be 7 minutes – Gynaecologist
Next WATCH: Funny Face returns to stage after 10 years hiatus 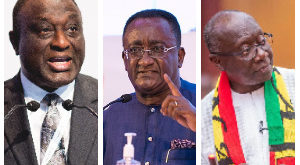