Home / GENERAL NEWS / A look into the most expensive, biggest funeral ever held in Ghana 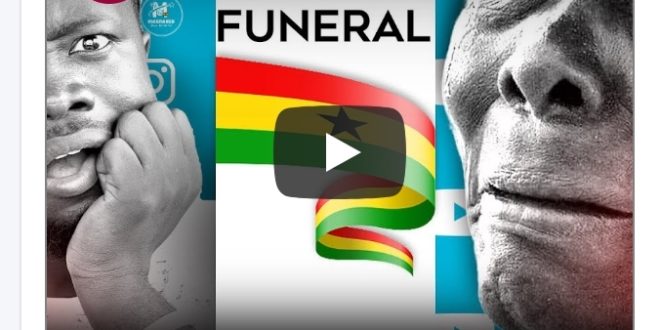 A look into the most expensive, biggest funeral ever held in Ghana

Mr. Nick Adjei Danso Abbeam’s late mother’s funeral has been touted as the most expensive funeral to be organized in the history of Ghana.

According to reports, the funeral of the late Madam Abena Achiaa who died on 16th March 2016 at the Korle Bu teaching hospital has so far been adjudged as the most expensive due to unprecedented events that took place during the ceremony.

Class, wealth, power, royalty was on total display at this particular funeral ceremony which gathered scores of dignitaries from across the country.

Reasons Mr. Nick Danso Abeam’s mother’s funeral is touted as the most expensive funeral in Ghana:

Madam Abena Achiaa’s body was flown in a helicopter from Accra to the Nkoranza North in the Bono-Ahafo region where she hails from.

A convoy of expensive Landcrusers lined up as they received the body and conveyed it to the family house.

Her coffin was an upgraded version of a sparkling gold coffin used in burying popular musician Michael Jackson.

The total cost of the coffin including shipping which was about $75,000 was ordered from the USA. It is perceived to be the most expensive used coffin in the world.

The funeral was also graced with friends and colleagues of Mr. Abeam from Europe of which one of them donated $200,000.

All of Mr. Danso Abeam’s personally owned companies including Ghana Link, the Royal Nick Hotels Chain, Nick TC Scan (Ghana and Sierra Leone), Alic Inspection Company, and many others also presented a total donation of GHC7 billion at the funeral.

Legendary high-life celebrities including, Daddy Lumba, Nana Ampadu, Amakye Dede, the late Kofi B among others graced the funeral.

Watch a blow to blow analysis of the funeral by Magraheb TV in the video below:

Previous Cuomo: Pressure mounts as senators tell New York governor to quit
Next Ghana Month: What you may not know about Mfantsipim, Presec, Wey Gey Hey and others