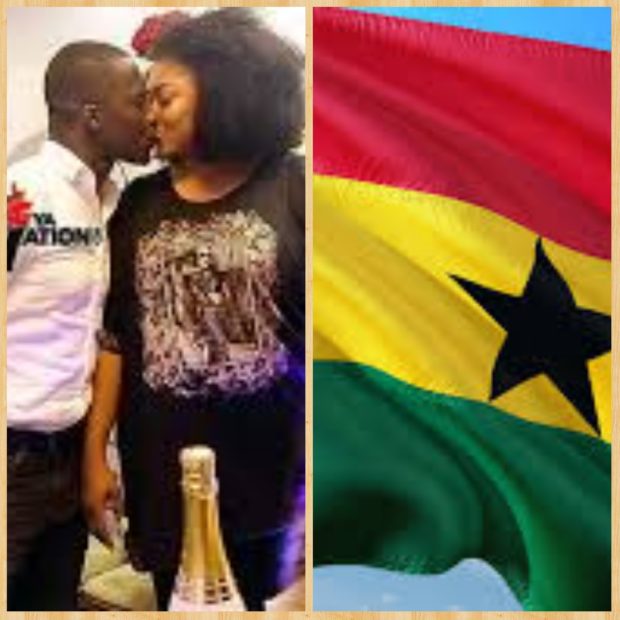 A number of personalities hogged headlines for good and bad reasons

Corruption and controversy but also calm played out in other areas

Tuesday, January 3, 2021, marked the first working day for the year 2022 with 1st January falling on a weekend and the 2nd consequently having been declared a statutory holiday.

The last news year was dotted with loads of information from the news, business, entertainment, sports and Africa sections of the GhanaWeb site.

2022 has kicked off in earnest and already prophecies and strikes are making a strong case even as Ghanaians wait with bated breath over what becomes of the E-levy when Parliament resumes.

Government launched the Agenda 111 project in August touting it as the most ambitious health infrastructure drive in the country’s history. It was dogged by controversy relative to the architectural works and strong opposition posture that government needed to come clearer on the figures.

Alban Bagbin was on his way out of Parliament till his party, the National Democratic Congress decided to put him forward for the Speakership of the 8th Parliament of the 4th Republic.

He won the vote under controversial, chaotic circumstances and was celebrated early on but events in the latter months cast him as a spoiler of government progress, he flatly denies that.

COVID-19 remained with us through the year with concerns in early 2021 of a spike blamed on the election season and the holiday season that followed. Throughout the year, the Minority in Parliament chased government over monies expended since the pandemic arrived in the country.

Two men who defined defiance in the year under review, Dormelevo’s ‘fight’ with the government ended with what some see as a ‘forced’ resignation and a blot on anti-corruption efforts.

For Dampare, it is clear he came in August 1 with a mission to clean something bigger than a blot, a stain on the reputation of the Police. So far, accused of populist tactics in some corners but celebrated for no-nonsense policing within and out of the Police system.

A latter-day ‘saint/devil’ depending on how you look at it. Born or introduced on November 17 via the 2022 budget, the Electronic Transactions Levy (E-levy) has proven divisive in Parliament. Its saintly traits trumpeted by the Majority and its devilish leash pointed out by the Minority.

A social media campaign calling for politicians to do right by citizens will evolve and turn into a pressure group that has embedded itself into the political activism space. Street protests, press conferences and media appearances have characterized their efforts.

Finally, a strong effort at consolidating national IDs, the Ghana Card issued by the National Identification Authority, NIA, is needed for the latest round of SIM card re-registration even as concerns are raised about the thinking behind doing so.

After over a decade in the wilderness, Samuel Boadu brought the Phobians out of the wild as they secured their first Ghana Premier League crown with the icing on the cake being the FA Cup triumph that handed Hearts of Oak of Accra a double in the 2020/2021 season.

Is it her, could it be – maybe, maybe not. This was the case of Dome Kwabenya MP whose (real) presence in Parliament for a vote leading to the purported recission of a budget rejection caused a stir. The Minority says she is not the one and you know where the Majority will stand if so, right?

Samuel Takyi gave Ghana a reason to celebrate the 2020 Olympic Games in Tokyo, Japan. Winning a bronze medal, Ghana’s first in a long while meant that the amateur boxer will return home a hero and be feted by the high and mighty for his feat.

Ibrahim Mohammed alias Kaaka didn’t live to see the extent to which he dominated the news headlines, he was killed at home in Ejura but his link to #FixTheCountry campaign magnified the death. Protest clampdown and government committee on Ejura disturbances followed. To date, the family is seeking justice.

In Kasoa, another Ghanaian killed in cold-blood as teenagers murdered their 11-year-old friend in what has been classed a classic case of ritual murder.

From social media to traditional media, from Parliament to the presidency from the religious pulpits to the halls of human rights and constitutional defence, same-sex issues dominated the news calendar even as Parliament continues to vet what has become known as the anti-LGBTQ+ bill.

In January, national attention was at the Supreme Court where NDC flagbearer John Mahama petitioned the court over his loss in the 2020 presidential vote. Cue in Tsatsu Tsikata, Akoto Ampaw and the EC lawyer, Asiedu Nketia, Rojo Mettle Nunoo and Michael Kpessa Whyte.

N – No to galamsey

Illegal small-scale mining had the government through Ministry of Lands and Natural Resources teaming up with joint security task force to launch an ‘assault’ on galamsey. The operation is largely believed to have been successful as water bodies and forests were rid of illegal machines and ‘miners.’

The overlord of the Ashanti State was in the news at different points, a key advocate in the galamsey war, his Akwasidae late in the year and the tax pronouncements that came. His hard advice when Akufo-Addo visited and the commemorative gold coin launch.

The National Science and Maths Quiz, NSMQ, gave another thrilling account as Prempeh College torpedoed the seventh chase for glory by Legon Presec, in all of the fun and excitement, it was the third-placed team from Ketasco that shone, their female contestant even brighter.

The Greater Accra Regional Minister has a very busy 2021 earning him lots of praise across the political divide. The relocation of onion traders from Agbogbloshie to Adjen Kotoku, the operation clean your frontage and ban on tricycles plying the motorway are some of his achievements.

Senior High Schools became center of attraction beyond the NSMQ with the issue of Achimota School’s refusal to admit two students because they had rasta hair.

A court has ruled in their favour. Methodist-run Wesley Girls also run into controversy with the reported ban on Ramadan fasting of a first-year student. The Chief Imam weighed in and government promised guidelines to cure the perennial issue.0

Kwaku Agyeman-Manu, Health Minister had a hard time through the year with his botched Sputnik V contract with a Dubai Sheikh. Lots of political and civil society pressure failed to have him axed by the President. Government took the view that with the monies retrieved, Manu deserved reprieve, perhaps.

In the latter part of the year, tidal waves hogged the news headlines after Keta and other areas suffered inundation. Following that was a fake sand winning photo by Deputy Minority Leader and Minority’s successful push to have tidal waves expenditure captured in the budget. NAPO will later misfire on the issue and find a hard time riding the loudmouth wave.

The dogged demand of North Tongu MP, Samuel Okudzeto Ablakwa for transparency on chartered private jet trips of the president was the subject of several questions to Ministers but each time, that information never came forth, one of the most used excuse, national security concern.

Ghana like all countries across Africa – except Eritrea – continued efforts at vaccinating people against COVID-19. By close of 2021, the Ghana Health Service reported having administered jabs – full or partial – to over four million citizens.

Cecilia Marfo’s ‘issues’ with Bro Sammy will make the headlines as would Shatta Wale and a fake prophecy, cue in Diana Hamilton and VGMA glory the list goes on but the first artiste mentioned – Auntie Cecilia clearly carried the day, if you don’t believe us, sing along “whashawasay…”

The NDC are still pursuing government over the death of some of its supporters during the 2020 election cycle. The party believes the deaths were a case of extrajudicial killings and have since vowed to seek justice for the victims, however, long it takes.

The YouStart policy as contained in the 2022 budget is aimed at building a base of young entrepreneurs as the government moves to tackle unemployment.

It will also support our accomplished Traders with appropriate training and access to capital to become manufacturers in order to expand the industrial base of our society and our import substitution strategy, in line with our Ghana Beyond Aid agenda.

One of the country’s big-time bloggers will be the subject of blogs and mainstream news sites thanks to his relationship/marriage issues. We counted up to three women – a number of baby mamas in there and newborns.

Eeeerm, not exactly a conclusive rundown of all you need to know but a fair idea of how 2021 unfolded from A – Z. Happy New Year and may January be nice to you, yes, you!