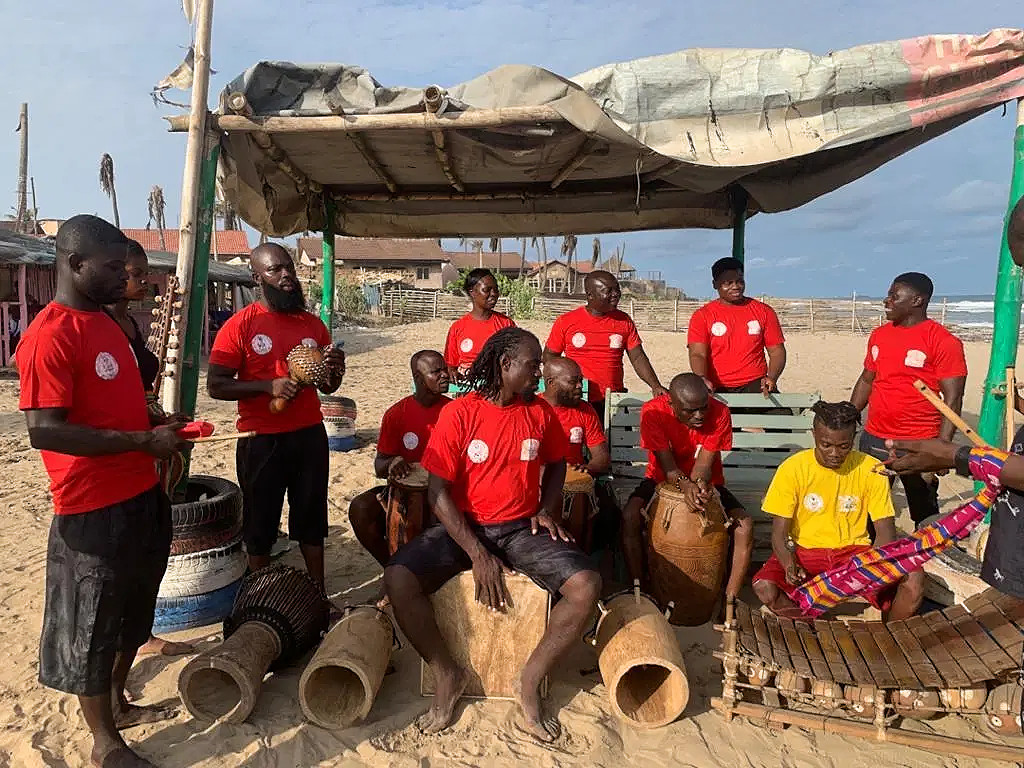 Members of a Ghanaian popular cultural troupe Adehyeman Royal were captured at the La beach yesterday, 31st March, 2018 rehearsing for their big show which is set to come off at the same venue.

The Cultural group which is noted for performing at the La Beach during Easter festivities were glad to have the media visit them during their rehearsal.

According to the group members who spoke to us, they will be glad if the media can equally give more attention to cultural troupes activities and indigenous talents in local communities in Ghana.

Some of the members who spoke to us include Yaw Adu Gyemfi, Samuel Sarkodie, and a lead vocalist and dancer Beatrice Essien.