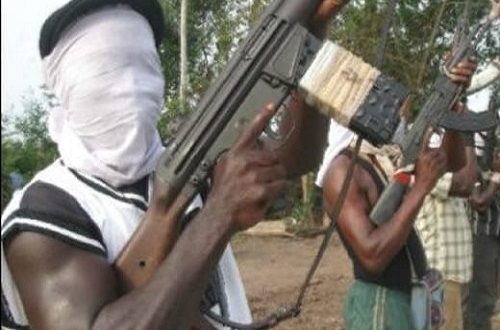 About four suspected armed robbers who were sharing their booty in an uncompleted factory fled and left cash scattered  and other weapons used in their operation, MyNewsGh.com reports

MyNewsGh.com gathered that the robbers converged at an uncompleted gari factory at Afrancho- Mankranso near Akomadan in the  Offinso North District of the Ashanti region where they were sharing the area believed to have been robbed the previous night.

Upon a tip off, armed police stormed the area but  suspected robbers numbering about four on seeing  them fled to the nearby bush leaving behind a green Fiat  Saloon Car with registration number AS 4041 Y, one sack of unspecified scattered different denomination amount of money.

The amount was sent to the station and when checked it was Ghc 195,672. It is highly suspected that the suspects are those who robbed an Absa Bank  bullion Van at Techiman-Sunyani Road.