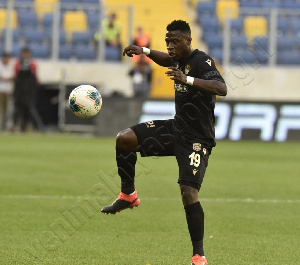 The 28-year-old has quickly become a core figure at the club, providing 3 assists in 13 appearances.

The combative midfielder could soon return to Italy following reports that the Giallorossi has agreed terms with Malatyaspor and the player.

Lecce are seriously searching for a replacement for Tabanalli who has completed a permanent transfer to Serie B outfit Frosinone.

It’s possible that there will be an exchange, as Giannelli Imbula could go to Turkey in his place.

Acquah has previously played for Empoli, Torino, Sampdoria, Parma and Palermo in Italy.