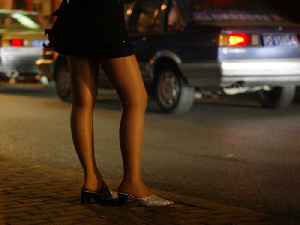 Journalist Bridget Otoo has alleged the man captured in a video assaulting a sex worker is a driver to the headmaster of Aggrey Memorial School, called Yaw.

In a tweet addressed to the Ghana Police Service, Otoo urged the police to investigate further and arrest Yaw.

“UPDATE: The man in the video is called Yaw, a driver to the headmaster of Aggrey Memorial school in cape coast @GhPoliceService I have done the work for you, please arrest him,” the tweet she shared read.

Early, the journalist called on the Ghana Police Service to arrest a man captured in a video assaulting an alleged sex worker.

A video shared by Bright Otoo on her Twitter handle showed a man driving a government vehicle physically abusing a young woman.

An onlooker, who captured the video, is also heard saying, “I saw you (the man accused of assaulting the worker) hitting her head with an item. You are a government worker; how can you beat a lady for her face to deform like this. You don’t know the lady from anywhere, see what you have done to her. Look, there is blood all over her hand. I will report you.”

The alleged government worker said, “I told her to get down from my car.”

Bridget Otoo has appealed to the police to arrest the man who was driving the GV-126-16 vehicle.

She has also called on the public to provide information on the woman who was abused.

Watch video of the woman being assaulted

Previous SC ruling: We can forgive Mahama but not you – Gabby chides Bagbin
Next Some Ghanaian ladies abroad only marry us to help them pay off their student loans – USA based Ghanaian