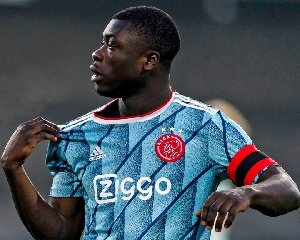 Both parties held an initial long but successful talk with Brobbey. The latter delayed his final decision before finally rejecting the invitation to play for Ghana.

The 20-year-old striker, Brobbey is currently nursing an injury and has missed Ajax’s last four games.

Brobbey joined German side, RB Leipzig, at the start of the season but was loaned back to the Dutch side during January 2022, winter transfers.

He has featured in 16 games in all competitions since the start of the 2021/2022 season, scoring 3 goals with 3 assists.

Ghana is set to battle its west African rival, Nigeria in the FIFA World Cup playoffs in March.

Head coach, Otto Addo is expected to name his squad for the crunch fixture in the coming days.