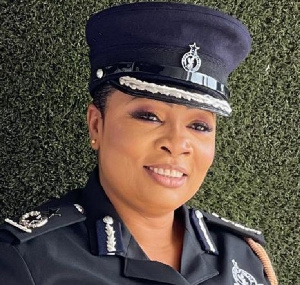 Deputy Commissioner of Police (DCOP), Faustina Agyeiwaa Kodua Andoh-Kwofie, has been appointed as the Director General of the Criminal Investigations Department (CID).

According to a Graphic report, she replaces COP Isaac Yeboah who retired from active service on September 22, 2022.

In attendance were the Inspector-General of Police, George Akuffo Dampare, former IGPs – Patrick Acheampong and David Asante-Apeatu, former COPs and other senior police officers among others.

Until her elevation last year to head the Intelligence Department, she was the Director in charge of the Commercial Crime Unit under the CID at the National Police Headquarters.