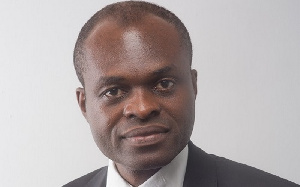 At a public lecture organised by the pressure group Arise Ghana, Martin Kpebu could not hide his frustrations about the governance being witnessed by Ghanaians.

He wondered why the Akufo-Addo government has not been able to better the lives of Ghanaians as he promised.

To him, Akufo-Addo must resign for failing to share the country’s wealth with the people.

“That’s the least the president can do because he has failed abysmally,” he said.

“In the last two months, I am getting angry every day because the thievery is too much,” he added.

For instance, he revealed that the company of the Finance Minister, Databank was paid about GHS 160 million from the loans the country takes.