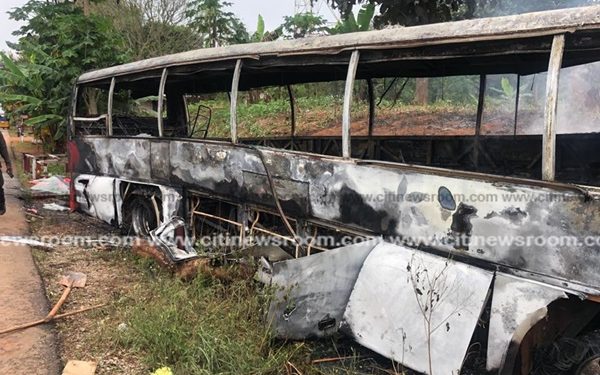 Six passengers have been burnt to death after the vehicle they were travelling in caught fire at Akumadan on the Kumasi -Techiman road in the Ashanti Region after running into a stationary vehicle.

The bodies of the six persons have been burnt beyond recognition.

The bus was said to have run into a parked vehicle, and caught fire, killing six people, while scores of other passengers were injured.

The charred bodies of the deceased have been sent to the Nkinkaso Government Hospital morgue. 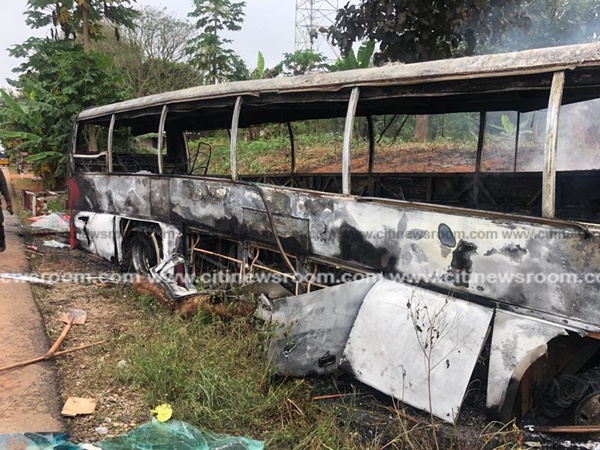 “A truck which was coming from Kumasi to the Bono East Region was stopped by a group of policemen at a barrier near Akumadan. When this truck was asked to park, it didn’t park well so when this truck which unfortunately was involved in this ghastly accident approached the site, there was nowhere for it to pass to avoid a collision but unfortunately, there was a collision causing the bus to veer off the side”, Citi News‘ Bono East Regional Correspondent, Micheal Tsatsu Axolu Nukunu reported based on Eyewitnesses account.

“What we have gathered so far is that the bus was coming from Nandom loaded with passengers. According to the passengers, the driver was overspeeding. Although they told him, he ignored them. So what they got to the police checkpoint, my men who were stationed there confirmed the same story that the driver was speeding so signalled him to stop, but he refused. He manoeuvred through the barrier and collided with a stationary Kia Rio truck. So six were burnt to death and 22 escaped with minor injuries”, he said. 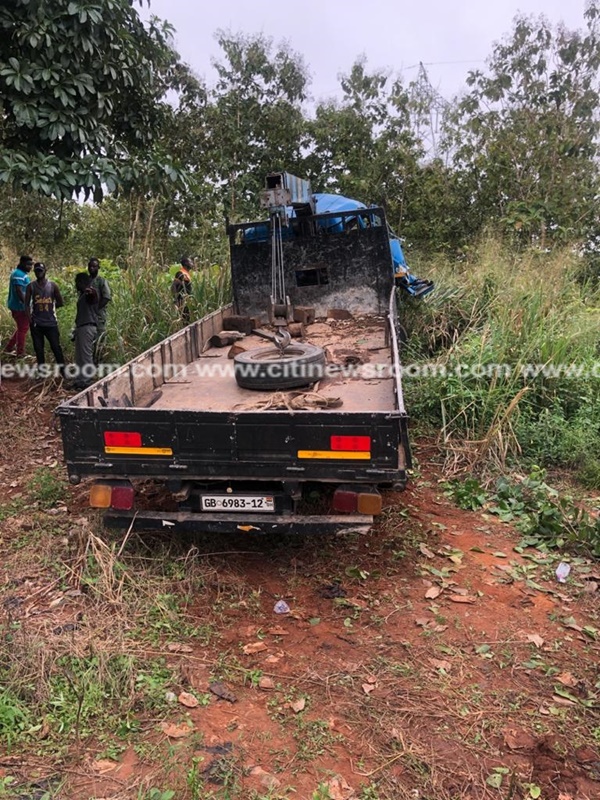 This comes on the back of the death of some 17 persons who lost their lives, with 14 others sustaining injuries, in an accident that occurred on the Offinso-Abofour road in the Ashanti Region yesterday, November 1, 2021.

According to the Offinso Motor Traffic and Transport Department, a Sprinter bus heading towards the northern part of the country collided with a trailer from the opposite direction.