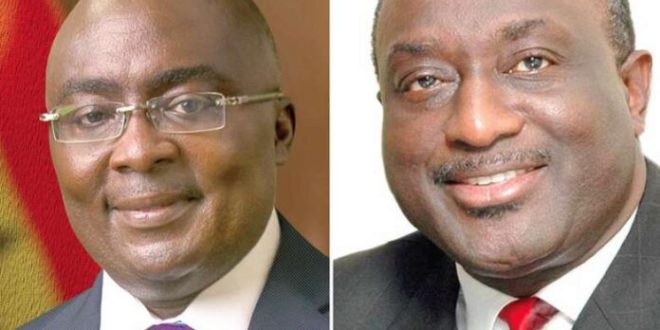 A pollster, Ben Ephson, has predicted that Mr Alan Kwadwo Kyerematens’ chances of sailing through as the flagbearer of the New Patriotic Party (NPP) is slim compared to other prospective aspirants.

Mr Kyerematen who is Trade and Industries Minister has been tipped to be a successor of President Nana Addo Dankwa Akufo-Addo when the statesman’s tenure comes to an end.

He was named alongside the Vice President of the Republic, Dr Mahamudu Bawumia until the outspoken Member of Parliament for Assin Central, Kennedy Agyapong, declared his interest in the race.

Speaking on Angel FM’s Anopa Bofoɔ morning show which was telecasted on Angel TV, Mr Ephson who is also Managing Editor of the Dispatch Newspaper said the Minister’s contenders have the disposition to be more appealing to delegates than he.

His reason for the assertion stems from the impact both Bawumia and Kennedy have had on the party members, being resident in the country.

“One thing which is clear, the advantage Bawumia and Kennedy are likely to have over Alan is that these two have been contributing at various levels over time.

“Alan after contesting the flagbearership goes to work outside. He thrives on the Kuffour faction since 2007.

“But if you look at the demographics, you are looking at 15 years ago. When you look at the demographics of the 200000 people who are going to vote, majority are below 50, so that issue of Alan representing the Kuffour faction I’m sure the delegates would elect someone who is electable but they will also lean towards someone who has been helping them”.

Previous Meet the Nigerian whose hot sauce is making waves in Minnesota
Next Agyapa deal: ‘Don’t mortgage our resources for meagre sum’ – Ga Mantse to Government