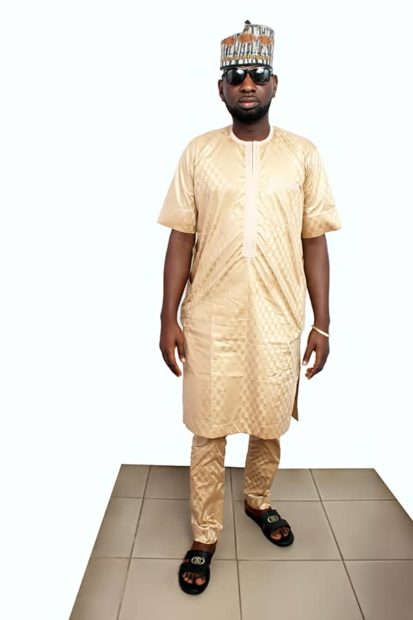 Alhaji Salamu Amadu, who is an Ambassador for peace crowned by the Africa Youth Assembly for Peace has condemned the chaos that took place between some youths of Nima and Mamobi, a suburb of Accra in Ghana.

Ambassador Alhaji Salamu who also doubles as all Zongo’s Youth Ambassador expressed his dissatisfaction with the actions of some youth that happened in front of the Afro Arab Microfinance branch in Mamobi where serves as the Board Chairman.

“I was saddened when I heard the news and saw the videos going viral on social media. We are doing everything to make our zongos proud to grow that positive image but some thugs in the communities want the hard labour and toil to be in vain”.

Ambassador asked the benefits youth will derive from fighting each other to the extent of killing each other in this 21st century.

“Instead of us coming together to build our communities into resilient and sustainable communities, here we are in this 21st-century fighting and killing ourselves”.

He seized the opportunity to thank the Inspector General of Police Dr George Akuffo Dampare, the Greater Accra Regional Police Commander Alhaji DCOP Iddi Lansah Seidu and Alhaji Suraji for their swift inventions.
Also to my friends from the media, Zongo’s have accomplished a lot these past years, kindly spread the good job that our youth from this communities are doing for mother Ghana”.

“Just recently Mahmoud Jajah launch the Zongovation Hub project and Initiative for Youth Development (IYD) all projects that have and are transforming the lives of youths both male and female ( women in tech project, kids in tech project, Zongo startups, among others) I didn’t see any media coverage nor projection. The Afro Arab Microfinance also celebrated its 10th anniversary but the media coverage was very meager. The Afro Arab Group has also invested over 5 million Ghana cedis to do Public-Private Partnership(PPP) with the East Ayawaso Municipal Assembly to build Kumasi Ventilated Improved Pit(KVIP) toilet no media courage. It’s rather baffling and amazing how some media outlets are quick to carry reportage on negative news of us but overlook the positive jobs done by us.

My advice to my people is to we are greater beyond measure, so let us come together and develop our communities for the younger the ones and the ones yet to be born. It is our sole responsibility.