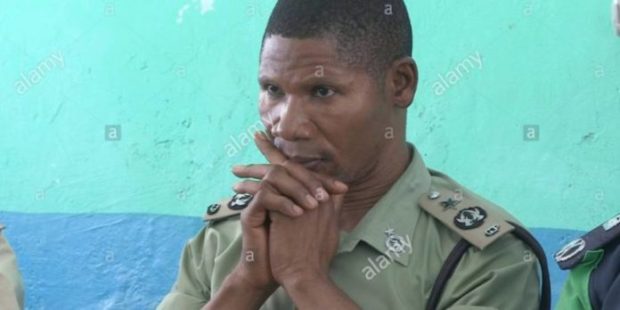 The panel presided over by Justice Afia Serwah Asare-Botwe held the conditions of the bail granted does not support his request.

According to the court, the nature of the offence in which Dr Agordzo and nine others have pleaded not guilty to charges, requires him to be present in court during sittings.

Other members of the panel are Justice Hafisata Amaleboba and Justice Anthony Oppong.

On Monday, October 25, the Senior Police officer who is facing the charge of Abetment in an alleged Coup with nine others sought to convince the High Court to grant him 10 days to travel.

Dr Agordzo, who has pleaded not guilty to the charge, per his application before the court wanted to travel to act as a resource centre person at the Security Sector Reform Training in Nairobi.

Kormivi Dzotsi, counsel for Dr Agordzo (applicant), holding brief for lawyer Martin Kpebu while moving the application urged the court to revise the bail terms which asked that, he (accused – applicant) reports twice a week to the police.

“We pray that the court exercises its discretion to grant A10 leave to travel outside the jurisdiction. This particularly important because per A10’s affidavit he is willing to waive his right to allow the trial proceed in order not to delay the trial,” his lawyer argued.

He added that the trial can continue in his absence which will be 10 days and that, in his absence, his family, particularly the wife and lawyer will be in court to monitor the proceedings and if anything is needed to be provided to the court he will be willing to provide.

While opposing the application, Winifred Sarpong, a Principal State Attorney argued that, the basis of the opposition is that the offence for which the accused is brought to this court is not one which his presence can be ignored by this court for him to attend this programme.

While making reference to Section 70 of Act 30, she said the offence which the applicant has been charged is the highest offence of this land.

She contended that the case before the court is not a misdemeanour or one that can be dealt with in his absence.

The Principal State Attorney argued further that, in these days of Covid-19, international organizations are organising programmes online and if the applicant (accused) is minded to participate in the program, he can do so online.

All accused persons were present in court with the prosecution playing the video evidence taken by third prosecution witness Staff Sergeant Awarf Sule which formed the basis of this case.