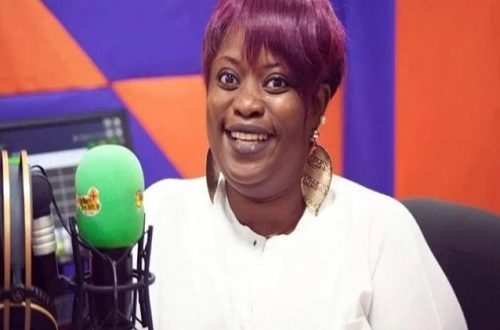 Ghanaian journalist and radio presenter, MP Nie has been suspended by the management of Kingdom+ radio today. MP Nie, who is privately known as Rosely Abbey received her letter of suspension today to stay off air for some time.

Information gathered indicate that the popular “Adwuma Nkosuo” morning show host on kingdom+ was taken off-air because it’s alleged she was not in good terms with some of her colleague presenters. According to sources, MP Nie do not have any interaction with her colleague workers at the radio station hence has been suspended.

Roslyn Abbey was popularly known for her educative show on kingdom+ known as ‘Youth Paradise’ which was on every Saturday lunch. The show had so many impact on the youth but was subsequently taken off with the excuse that there was no sponsors

She has now been assigned as to be a marketer in the interim.