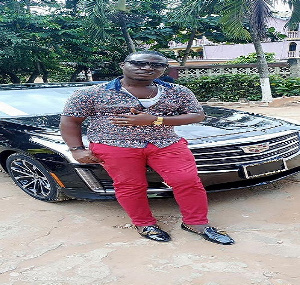 One of the victims of the Apiate explosion is Mr. Paul Asare 38 has been reported dead at the Komfo Anokye Teaching Hospital in Kumasi.

According to family members, he fell unconscious after he complained of stomach upset and was rushed to KATH for Medical Attention on Friday, June 3 until his demise on Monday, June 6, 2022.

Mr. Paul Asare was one of the severely injured victims of the Thursday, January 20, 2022, Apiate explosion. He had his belly opened by the Explosion.

Speaking to GhanaWeb in an interview, Public Relations Officer of the Apiate Disaster Relief Committee, Thywill Quarshie said, “the deceased has been visiting the hospital for reviews since he was discharged about two months ago from the Tarkwa Municipal Hospital.”

He added, “the cause of death has not been communicated yet but the Apiate Disaster Relief Committee has been reliably informed about his departure.”

Mr. Paul Asare is survived by a wife and three children.