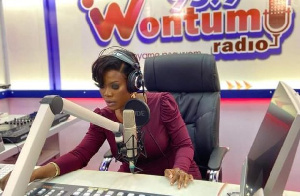 Are you hungry? – Chairman Wontumi questions Delay over hardship complains

The Ashanti Regional NPP Chairman, Bernard Antwi Bosiako, popularly known as ‘Wontumi’, has given Delay a reason not to complain of hardship or join people to question why he usually flaunts his wealth.

Holding one of the top positions of the party in power, Chairman Wontumi is undoubtedly one of the richest men in Ghana and this is evident in the number of companies, factories, luxurious cars, and expensive lifestyles he is usually spotted in on social media.

Chairman Wontumi owns a number of gold mines, a media firm (TV and radio), and tons of businesses that are not privy to the public, not forgetting the fact that he recently acquired a GHC₵.5million customized Rolls Royce which went viral on social media.

Wontumi keeps expanding his businesses and making more exploits, particularly at a time when citizens are getting fed up with hardships in the country.

Delay, in a quest to find out why he decided to acquire a new Rolls Royce and live lavishly, especially at a time like this, was met with an interesting response.

In excerpts of a yet-to-be-released interview on The Delay Show, this was what ensued between Delay and the NPP Chairman:

Delay: Ghanaians are complaining about hardships in all aspects of their lives and you actually think it is the right time to have bought a Rolls Royce?

Chairman Wontumi: “Delay are you hungry? As a person capable of building this studio, you should know that money isn’t a problem. You said it yourself that you haven’t seen this kind of studio since your 14-year-old career on TV. So, if I can build such a studio for the public, for commercial purposes, why can’t I buy a rolls Royce for myself?