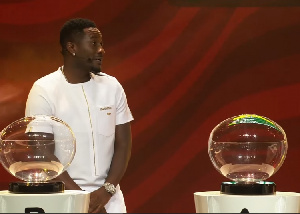 Asamoah Gyan, a former Black Stars captain, has stated that the 2022 World Cup playoffs between Ghana and Nigeria next month may go either way.

The former Sunderland player noted that the match is highly unpredictable due to the two West African countries’ long-standing rivalry.

“Ghana and Nigeria are rivals, you cannot predict,” he told TV3.

“Anybody can win, so we just have to stay focused and do what they have to do on the field,”

Gyan, by the way, was the Black Stars’ match winner the last time Ghana met Nigeria in the 2010 AFCON in Angola.

The Black Stars of Ghana will be led by coach Otto Addo assisted by Didi Dramani and George Boateng.