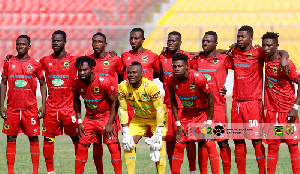 The team nicknamed Porcupine Warriors excelled in the Ghana Premier League last season and as a result, managed to finish the campaign as champions of the division.

Unfortunately, it has become clear the club cannot keep hold of all players in the off-season ahead of the upcoming football campaign.

In the last three weeks, three players who played various key roles for the team have parted ways with Asante Kotoko.

First, Brazilian midfielder Fabio Dos Santos Gama refused to extend his contract and has gone on to sign for a club in Bahrain.

Keen on replacing these players, Asante Kotoko according to sources have already identified players that will be signed to replace the departed players.