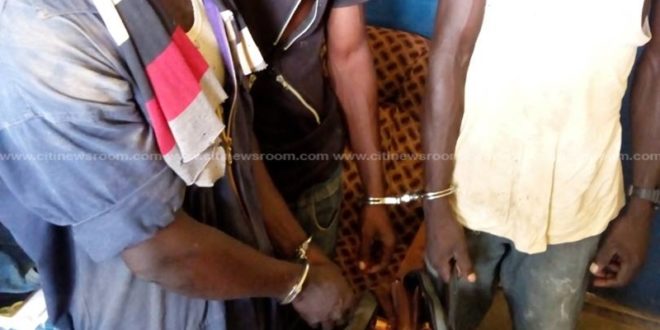 Police in the Ashanti Region has arrested four persons who were allegedly behind the attack on some members of the Asokore Mampong Municipal Assembly.

The four persons, who were detained on Friday morning, were granted bail after their statements were taken.

They have also been asked to report to the Ashanti Regional Police headquarters on Monday, December 21, to assist police in investigations.

The Presiding Member for the Asokore Mampong Municipal Assembly, Matthew Amissah, blamed partisan politics for the confusion that broke out during the Assembly’s General Meeting on Thursday.

A disagreement over the distribution of streetlights for Assembly Members of the Asokore Municipal Assembly in the Ashanti Region resulted in the scuffle.

Some Assembly Members sustained injuries during the scuffle and were issued medical forms by police to seek medical treatment.

The Assembly Members claim the Municipal Chief Executive, Alhaji Alidu Seidu, masterminded the attack after they questioned the distribution of the streetlights at the meeting.

Minutes taken at the recent meeting by the Asokore Mampong Municipal Assembly and sighted by Citi News; shows that the Assembly discussed issues relating to the acquisition of streetlights from the Energy Ministry by the Assembly.

The streetlights were to be given to Assembly members to install in their respective electoral areas.

Although the distribution had begun, some Assembly members were yet to receive the streetlights.

The issue came up for discussion at Thursday’s final General Assembly meeting for the year.

This resulted in misunderstanding after the Assembly Members were divided over the issue.