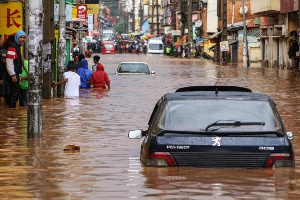 At least 20 people are thought to have died in South Africa’s eastern coastal province of KwaZulu-Natal due to unusually heavy rainfall, according to media reports, while officials were still trying to assess the extent of the damage.

There are fears that numerous people have been injured while damage to property was extensive. The military has been put on alert.

The city of Durban was particularly badly affected. There were numerous landslides with many critical transport routes now under water. The situation was aggravated by power outages while the country’s ageing infrastructure appeared unable to absorb the masses of water.

Residents shared videos of water rushing into houses and settlements in social media. The authorities called on the public to stay indoors as the rainfall continues.