Home / GENERAL NEWS / [AUDIO]: Why ‘Apraku My Daughter’s’ body is still in the morgue 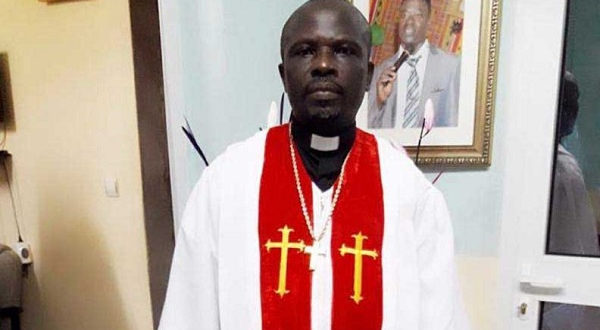 [AUDIO]: Why ‘Apraku My Daughter’s’ body is still in the morgue

Prophet Kumchacha, a close friend of Emmanuel Kwaku Apraku, known by many as ‘Apraku My Daughter,‘ has disclosed why the late pastor has still not been buried.

Explaining why it had taken this long for his late friend to be buried, Kumchacha noted that the emergence of the Covid-19 pandemic, coupled with the family’s decision to pause the burial of the late Apraku due to the fact that he (Kumchacha) had lost his mother, are the reasons for the delay.

Kumchacha urged Ghanaians to treat with disdain rumours that the body of the late pastor had gone missing.

As a close friend to the family, he said they (he and the family) have agreed to bury his (Kumchacha) mother before the late Apraku is buried.

“There is time for everything and that is what I want Ghanaians to understand. If the family postpones the burial date because of one or two reasons, is that also a crime? His body is not missing, he is resting in the morgue,” he told Accra-based Kofi TV monitored, by Adomonline.com.

“Apraku will be buried after my mother’s funeral is held this weekend. I am going to my hometown, Apedwa to bury my mother and so when I come back, the family and I will plan his burial,” he added.

He went on to slam persons making unsavoury comments about the late Apraku as far as his death is concerned.

Asked exactly when the funeral would be held, Kumchacha said his mother’s funeral will be on August 8, and the following week which is August 15, will be the burial date for the late man of God.

He said the funeral will be held at the Glorious Wave Church International, headed by Prophet Emmanuel Badu Kobi.

‘Apraku My Daughter’ was found dead in his room a day after a video of him heavily drunk went viral.

June 6, 2020, marked the One Week Observation for the late pastor.

The ceremony was held at Lapaz in Accra.

Listen to Kumchacha in the audio above: