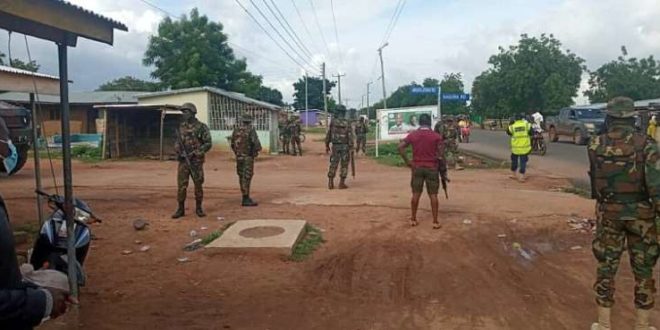 At its emergency meeting held on Monday, September 19, REGSEC in the Upper East Region has introduced additional security measures to deal with the situation in Bawku.

Among the new measures, REGSEC has resolved to allow the Police, Ghana Immigration Service (GIS), and the Military to use official motorbikes between 6:00am to 6:00pm.

Meanwhile, a temporal ban has been placed on “yellow, yellow” operations until further notice.

Earlier this month, the Ministry of Interior announced a curfew in Bawku after renewed clashes.

Currently, there is a total ban on all persons from carrying arms, ammunition, or any offensive weapon, and any person found with any arms or ammunition will be arrested and prosecuted.

All persons in Nayoka, Kpalgu, and Manga are to comply with the latest security measures.