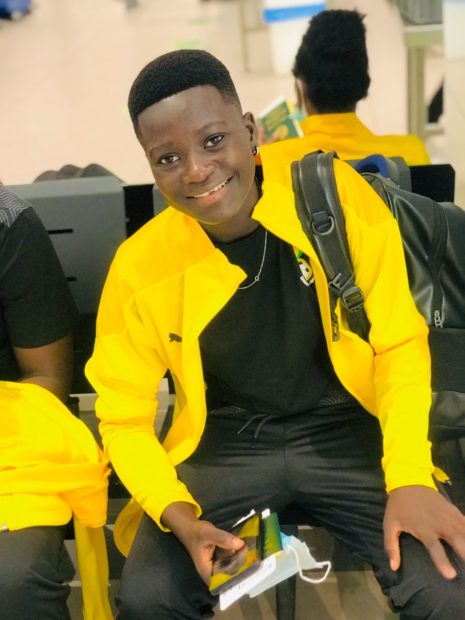 Sports fanatics in the Asikuma Odoben Brakwa District in Central Region are very optimistic that the Black Maidens will beat Senegal to secure qualification for the Fifa Womens U-17 World Cup qualifier.

Astute and Award-winning Sports journalist Alex Kobina Stonne known in the media as Kobby Stonne in an interview noted that Beline Nyarko will make the good people of Breman District proud, also expressed his profound gratitude to Coach Baba Nuhu for inviting Beline to join the final squad that will rock shoulders with Senegal on the Saturday 5th of March 2022.

Kobby Stonne who is a native of Breman Asikuma is also helping to unearth talents in the District.

“I believe that Beline Nyarko and the entire Black Maidens team will make Ghana and the people of Breman District proud. Beline Nyarko’s invitation to the women U-17 team would also change the perception of the people in the district who believe that women are only prepared for the kitchen. Some people believe that if a woman plays football her body will be hard”.

The game against Senegal is Ghana’s first game and the Maidens are poised to make the nation proud.

The Fifa U-17 Womens World Cup is slated for October 2022 in India.