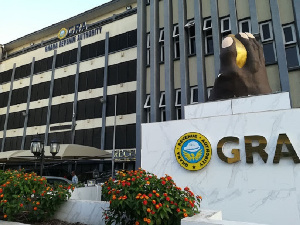 The Ghana Revenue Authority (GRA) has suspended the implementation of the reversal of the benchmark value policy for two weeks.

The suspension, to be lifted on January 17, 2022, is to allow importers who got their duty bill before December 31, 2021, to successfully clear their goods within the period, a source at the Authority, told the Ghana News Agency.

“These are transitional arrangements. There have been some difficulties with people clearing their goods and we don’t want them to be caught in the middle of all these things.

“So it is for those who did everything before December 31 to be able to fully pay their duties before the reversal was made” the source said.

The implementation of the reversal of the benchmark value on some 43 imported items initially took effect on Tuesday, January 04, 2022.

The GRA, however, suspended the implementation for 24 hours on Wednesday, following concerns raised by some importers over difficulties in clearing their goods after completing the required processes before January 04.

The policy has since been met with divided opinions over its appropriateness among industry players and stakeholders.

Whereas the Association of Ghana Industries (AGI) supports the reversal of the benchmark value to reduce importation and boost local industries, the Ghana Union of Traders Association (GUTA) and freight forwarders hold contrary position, fearing that the move would increase charges at the Port and affect prices of imported products.

The Minister of Finance, Mr Ken Ofori-Atta on Thursday, met the leadership of GUTA, AGI, and Importers and Exporters Association to listen to their concerns.

The Ministry is expected to announce its final decision on the implementation of the policy after meeting the stakeholders.

The GRA source, said following the disagreements that had greeted the policy, the Authority had planned to meet the various stakeholders to deliberate over the policy and reach a consensus.

The GRA is yet to be briefed on the outcome of the meeting between the Finance Minister and the stakeholders,” it said.

The benchmark value policy was introduced by the Government in 2019 in accordance with the World Custom’s Organisation policy of regular review of valuation database.

Under the policy, certain commodities are benchmarked to the prevailing world prices as a risk management tool, to reflect the true market dynamics of the affected commodities.

Mr Ofori-Atta announced the reversal of the policy during the 2022 Budget Presentation in Parliament in November, 2021.

He explained that the move would allow the Government to shore up revenue on goods imported into the country.