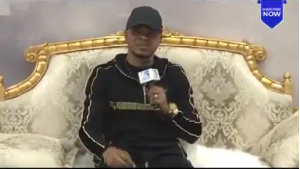 Bishop Obinim explains why he sacked 72 pastors from his church

Controversial man of God and the founder of the International God’s Way Church, Bishop Daniel Obinim, has finally opened up on why he sacked 72 men of God from his church.

When news of Angel Obinim’s decision to sack 72 pastors from his church became public, it was reported that the affected pastors were sacked for betraying their head pastor, Daniel Obinim.

Addressing his congregation on why the pastors were dismissed from the church, Bishop Obinim revealed that the pastors were sacked because their actions and deeds no longer resonated with what his church stood for.

According to Obinim, the sacked pastors were not beneficial to his church.

He revealed that he doesn’t need just pastors, he only needs gifted, talented, and wise leaders around him, those who will use their wisdom to flourish his church.

About 15 pastors have been retained to continue the work of God, and of these 15, Bishop Obinim said, are perfectly doing the work of the 72, making him realise he was keeping quantity, not quality.

He disclosed that he spent about GHS 120,000 on these pastors, yet they were not fruitful.

Currently, every branch of the International God’s Way Church has only one leader, except his main Kumasi branch, where he has retained three pastors.