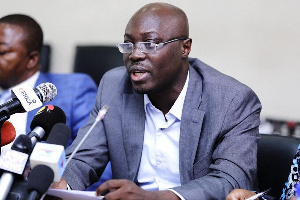 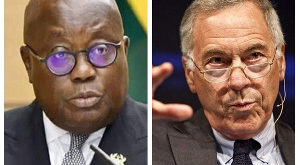 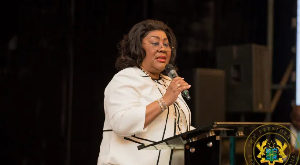 Ajumako-Enyan-Esiam Lawmaker, Cassiel Ato Forson, has said the response by the Bank of Ghana (BoG) to Parliament in relation to the petition filed by owners of the defunct Unibank and UT, Dr Kwabena Duffuor and Prince Kofi Amoabeng respectively, is disrespectful to the legislature.

The former Deputy Minister of Finance under the Mahama administration told Dzifa Bampoh on the First Take on 3FM Monday June 14 that the action of the central bank can be considered as contempt of parliament.

The BoG has said the decision by Dr Duffuor and Kofi Amoabeng to resort to parliament over the collapse of their banks was wrong.

The regulator said Parliament is not one of the mechanisms available to persons who are aggrieved following the cleanup exercise undertaken in the financial sector which led to the collapse of some nine domestic banks, to use in addressing their issues.

Therefore, the BoG said, it cannot honour an invitation by Parliament to assist in the investigation after the two personalities petitioned the lawmaking body to probe the circumstances that resulted in the collapse of their banks.

“The BSDTI Act provides how persons who are aggrieved with such decisions may seek redress for their grievances, and the prescribed resolution mechanisms do not include recourse to Parliament,” the Bank of Ghana said through its lawyers, Bentsi-Enchill Letsa and Ankomah.

But Mr Ato Forson said “I think the response from the central bank is disrespectful to parliament, it can be seen as contempt in the sense that they have declined to provide information to the parliament of the Republic of Ghana.

“That is not acceptable. I believe that when the chairman of the committee call for a meeting we will have the opportunity to express our concerns.

“But in the end, I am not aware of any law that said the central bank cannot exercise their function without any form of oversight from Parliament of Ghana.

“I can assure you that this matter will not die today nor will die tomorrow until we get the central bank to do what is right.

“If the central bank has nothing to hide, how on earth can they say that they are declining a request from parliament to seek for information to look at the work they did? If they have nothing to hide why are they running away?”

In their petition, Dr Duffuor and Mr Amoabeng are asking the Committee to “Investigate the conduct of the Bank of Ghana and the Ghana Stock Exchange for the revocation of UT Bank’s licence and delisting the bank without due regard to the rules of Administrative Justice guaranteed under Article 23 of the 1992 Constitution.

“Direct the restoration of the banking licence of UT Bank Limited by the Bank of Ghana and the remedying of the harms done the shareholders’ property rights as a result of the conduct of the Bank of Ghana.”

“Direct the restoration of the banking licence of uniBank Ghana Limited by the Bank of Ghanaand the remedying of the harms done the shareholders’ property rights as a result of the conduct of the Bank of Ghana.”

Prior to the amalgamation of the five banks, the Central Bank had closed down UT Bank and Capital Bank in August 2017.

uniBank, according to the BoG, was identified during the Asset Quality Review update in 2016 exercise to be significantly undercapitalised and beyond rehabilitation.

“Shareholders, related and connected parties had taken amounts totaling GH¢3.7 billion which were neither granted through the normal credit delivery process nor reported as part of the bank’s loan portfolio.

“In addition, amounts totaling GH¢1.6 billion had been granted to shareholders, related and connected parties in the form of loans and advances without due process and in breach of relevant provisions of Act 930.

“Altogether, shareholders, related and connected parties of uniBank had taken out an amount of GH¢5.3 billion from the bank, constituting 75 percent of total assets of the bank,” the Central Bank explained back in 2018.

On UT Bank, the Central Bank stated in a press release: “This action has become necessary due to severe impairment of their capital.” 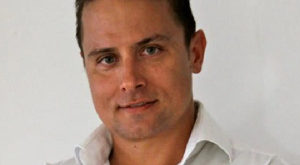 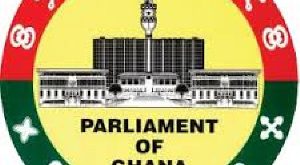