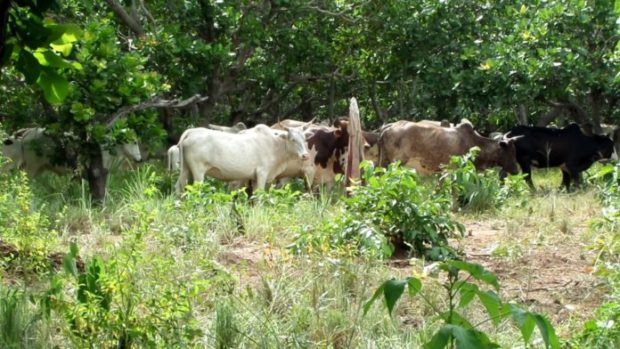 Forest reserves in the Bono and Bono East Regions are suffering degradation due to the evasion of Fulani herdsmen.

The Forestry Commission has over 20 forest reserves in the regions but majority have witnessed some degrees of degradation.

Per the ACT, it is completely illegal for any domestic animal to graze in the forest but the reverse is the current situation in the five affected forest reserves namely; Tain 1, Tain 2, Yaya, Nsemire and Sawsaw; all in the Bono region.

Even worrying is the destruction of seedlings planted under the Green Ghana Initiative by the Ministry of Lands and Natural Resources by over 2,000 cattle.

He said the cattle ranching, which started in 2021, is dire, thus, requires urgent attention to save the forest reserve from degradation.

Since the invasion, Mr Eshun said the cattle have destroyed large hectares of land, food crops and trees planted under the Green Ghana programme by government and several other investments by both government and other agencies in the forest sub-sector.

Her said their challenge is that, forest rangers of the commission have had difficulties patrolling the vast forest reserves due to the limited number of staff and inadequate logistics.

This notwithstanding, he said they have killed some of the cattle and arrested the nomads who are standing trial in court.

Mr Eshun added that, the Forest Services Division of the Forestry Commission is collaborating with the Bono Regional Security Council to hound the herdsmen out of the forest reserve.