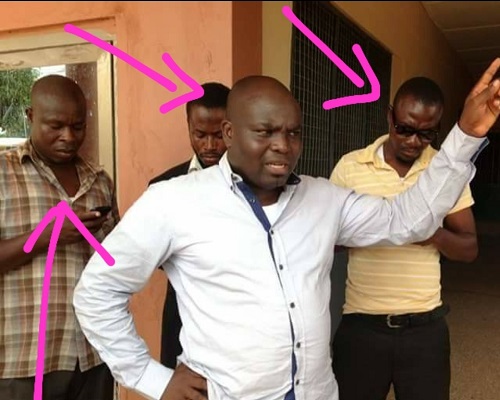 According to the MCE, the matter is an internal NPP matter as the late Kaaka Mohammed was a member of the NPP together with his alleged murderers.

He confessed to knowing the murderers just when news reports emerge that his personal driver and another aide of his were arrested for the murder.

“I know the people. They are all members of our party NPP including the deceased, Kaaka but let’s deal with the issue at hand dispassionately”, Municipal Chief Executive (MCE) in the area, Hon. Salisu Bamba confirmed on Kumasi-based Oyerapa FM’s morning show monitored by MyNewsGh.com.

Forty-year old Kaaka, was reportedly attacked by a mob on the same Friday the Ghana Police Service arrested other #FixTheCountry convenors in Accra.

According to reports, he was attacked by alleged supporters of the Ejura MCE, according to the National Democratic Congress (NDC’s) lawmaker for the Constituency.

Denying the allegation, the MCE told host, Nana Yaw Mensah Joel and listeners to treat the MP’s claims with the greatest of contempt it deserves.

“It is not true. …and if anyone has evidence against me for masterminding the murder of of any person, that person can go to the police for my arrest and prosecution. We shouldn’t make political capital from the death of someone”, Hon. Salisu Bamba stated.

Forty-year old Kaaka, was reportedly attacked by a mob on the same Friday the Ghana Police Service arrested other #FixTheCountry convenors in Accra.

He was rushed to the Komfo Anokye Teaching Hospital in Kumasi but died days later on admission sparking a street protest at Ejura.

Personnel of the Ghana Police Service swiftly moved in and arrested Ibrahim Issaka alias Anyars and Fuseni Alhassan who played key roles in the attack of the deceased.

Related Topics:Ejura MCE
Up Next

Akufo-Addo swears in deputy ministers, asks them to be loyal to their ministers