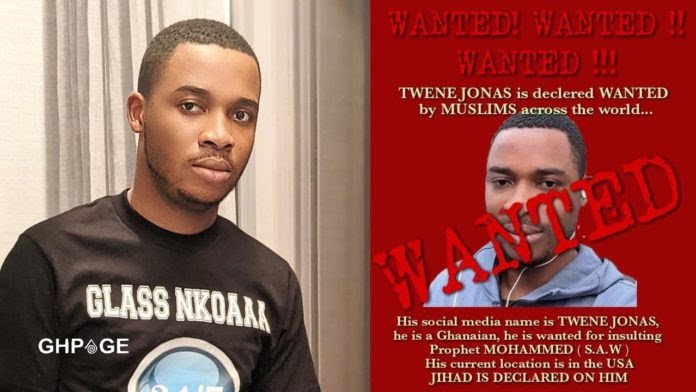 Controversial social media critic from Ghana, Twene Jonas has been declared wanted by the Muslim community around the globe for disrespecting and insulting Prophet Mohammed (S.A.W) in one of his videos.

Twene Jonas who has been hitting hard on the Christians, Muslims, and politicians in Ghana incurred wrath when he passed a comment deemed by some Muslims as disrespectful to their revered spiritual leader.

In a new flyer that has surfaced on social media and fast going viral, Jihad has been declared on him and his location in the USA has even been mentioned.

This is not the first time Twene Jonas has been declared wanted. Recently Akan’s in the USA declared him wanted after he made comments believed to have been disrespectful to the ruler of the Ashanti Kingdom, Otumfour Osei Tutu II.

Some even went as far as raining curses on him but Jonas appears to be hitting even harder than before. Let’s wait and see how this one will turn out.

Previous What some Ghanaian spiritual leaders have said about T. B. Joshua
Next Nduom’s PPP ‘fires’ Addison over ‘inaccurate, misleading’ remarks 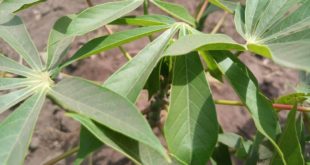