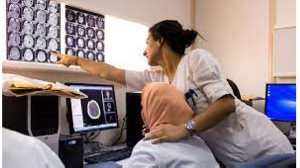 Medics across the world are keeping their fingers crossed in the hope that a recent breakthrough in cancer drug trial will swiftly move through relevant approvals.

In drug trials conducted by researchers from New York’s Memorial Sloan Kettering (MSK) Cancer Center, all the 12 patients had their cancer successfully treated.

They were treated with a medication called dostarlimab which is sold under the brand name Jemperli.

The researchers, as quoted by The New York Times, said dostarlimab is an immunotherapy drug used in the treatment of endometrial cancer but that this was the first clinical investigation of whether it was also effective against rectal cancer tumors.

“I believe this is the first time this has happened in the history of cancer,” medical oncologist Luis Diaz Jr. from the MSK, the senior author of a new paper reporting the results, told The New York Times.

The news has been received with optimism, with the executive director of the Ocean Road Cancer Institute (ORCI) in Dar es Salaam, Dr Julius Mwaiselage saying he has read the news with hopefulness even as he was looking forward to the outcomes of further studies.

“We have received the news well. However, with only a few people involved in the testing, much more will still be required on the trial phase for the drug to become acceptable and work,” he said.

Dr Mwaiselage said further trials will have to be conducted on different people including men, women, youth, children, and the elderly.

“These people must go through the first stage, the second stage and the third stage in the experiment,” said Dr Mwaiselage.

He said cancer cases were currently rising across the world, noting however that the only sure way of surviving the disease was early testing and treatment.

“Much as we remain optimistic, it is important to note that it takes time for a drug to work. It takes several years ranging from three up to four years for it to be officially approved after the trial phase but if it proves very encouraging results, it could take even just one year,” said Dr Mwaiselage.

In line with the approval mechanism, as soon as it goes through all the relevant trials in the US and also the Tanzania Medicines and Medical Devices Authority locally, hospitals will have to start using it.

“The encouraging experiments have allowed various people to comment and we are waiting to see if they will finally announce the involvement of more people in the trials. Should that be done, we are more than willing to participate and see how our cancer patients can get treatment in the future,” said Dr Mwaiselage.

Without revealing actual data of cancer patients in Tanzania, Dr Johnson Katanga from Ocean Road said the problem was huge in the country to the point that the government has set up treatment centers in some regions including Mbeya, Kilimanjaro and Dar es Salaam. “We also receive patients from neighboring countries of Mozambique and Malawi among others,” he said.

He said it was encouraging that the drug has shown positive results in human being which suggests that it has gone through some trial stages. “For drugs to start working they must go through four phases where they start in animals and then in humans. What our colleagues did is in the third stage where a small group of people have been tested and later, they will look at the results of those drugs before and after,” said Dr Katanga

Dr Katanga added that after some trials, they will increase size of the population to ascertain the efficacy of the drug after which authorities in the respective countries will send the drug certified by the World Health Organisation (WHO) to be used worldwide.

“If WHO approves these drugs, we have a good time to use the drugs in the country with the approval of TMDA. We could then buy them from MSD or import them,” Dr Katanga

Also known as colon cancer, rectal cancer begins in the rectum at the lower end of the digestive tract.

Available literature shows that early cases can begin as non-cancerous polyps which often have no symptoms but can be detected by screening.

Its symptoms depend on the size and location of the cancer, with some commonly experienced symptoms including changes in bowel habits, changes in stool consistency, blood in the stool and abdominal discomfort. Its treatment depends on the size, location and how far the cancer has spread. Common treatments include surgery to remove the cancer, chemotherapy and radiation therapy.

The trial has since been hailed as a first in cancer treatment.

Immunotherapy harnesses the body’s own immune system to identify and destroy cancer cells.

The trial focused on a subset of rectal cancer patients whose cancer had a specific mutation, MSK said the researchers said in the statement quoted by The New York Times.