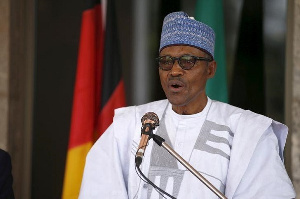 Nigeria’s President Muhammadu Buhari has appointed a dead man into office, naming the late Tobias Chukwuemeka Okwuru as a board member for a government agency, two months after he died.

Mr. Buhari sent a letter to the country’s senate on Tuesday to confirm the list of 37 appointees but was unaware that Mr. Okwuru had passed away in February.

The president’s media aide, Lauretta Onochie, said Mr. Okwuru was alive when the president appointed him to serve on the board and that “he even came to update his CV, in readiness for the appointment after the Senate screening”.

“When he sadly passed away while waiting for the screening by the Senate, that information was not communicated to the Federal Government,” she said.

This is not the first time Mr. Buhari’s presidency has made the grave error of appointing a dead person. In 2017, the president appointed at least five people who were long dead on to several boards of government agencies.