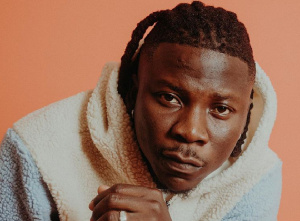 Singer, Kwame A Plus, has clapped back at artiste manager and entertainment critic, Bulldog, for belittling Stonebwoy’s strides in the UK last month.

The two pundits who appeared on UTV’s flagship show, United Showbiz disagreed on whether Stonebwoy deserved praise for selling out the Indigo 02 at his recent show.

Wizkid’s gesture towards the Ghanaian and his successful concert received praise from the pundits.

The host of the program, Nana Ama McBrown, drew attention to the fact that Stonebwoy also filled the Indigo 02 last month and deserve commendation.

Although Bulldog commended Stonebwoy, he stated that there is nothing spectacular about the achievement because Ghanaian artistes have been selling out that arena for years.

Kwame A Plus quickly clapped back at Bulldog reminding him of how his artiste Shatta Wale, struggled to fill a smaller venue at a show he once organized at Nsawam, Ghana.

There noor bulldog started hating stonebwoy eeiii????os3 stonebwoy’s indigo performance was boring he couldn’t fill half of the show!

WATCH: Kofi Kinaata thrills fans with rib-cracking jokes at ‘Made In Taadi’