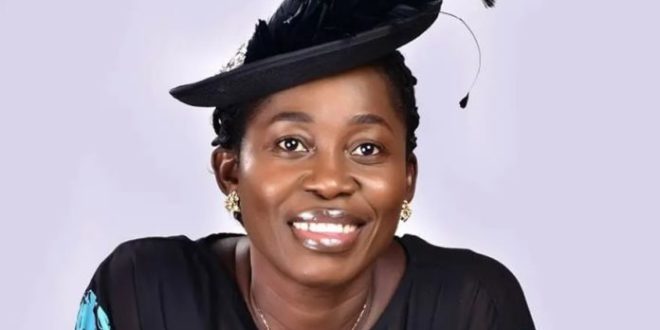 The family of the late gospel artist, Osinachi Nwachukwu, has set a date for her burial.

Osinachi’s family reportedly fixed June 25, 2022, for the burial of the “Ekwueme” crooner.

The deceased’s family said Osinachi would be buried in her father’s compound at Isuochi, Abia State, instead of her husband’s house.

According to BBC Igbo, the family are also contemplating returning the singer’s bride price.

Osinachi was said to have died as a result of domestic violence she suffered from her husband, Peter Nwachukwu.

Meanwhile, the Federal Government had slammed homicide charges against Peter.

The Attorney General of the Federation has dragged Peter before a Federal Capital Territory, FCT, High Court.

The charges against Mr Nwachukwu come a month after the hospital completed the autopsy report.

The Federal Government (FG) alleged that Mr Nwachukwu deprived the deceased of her personal liberty and restrained her movement by locking her up in the house.

He was also accused by FG of subjecting Osinachi to emotional, verbal and psychological abuse.

FG told the court that investigations revealed that the defendant denied Osinachi access to her money for medication and household necessities, and thereby forced her into begging and borrowing.

They alleged that Osinachi’s husband forcefully isolated and separated her from her family by preventing her mother and siblings from visiting her matrimonial home.

Nwachukwu was further charged for cruelly beating his children, recording their cry and playing it on his phone.