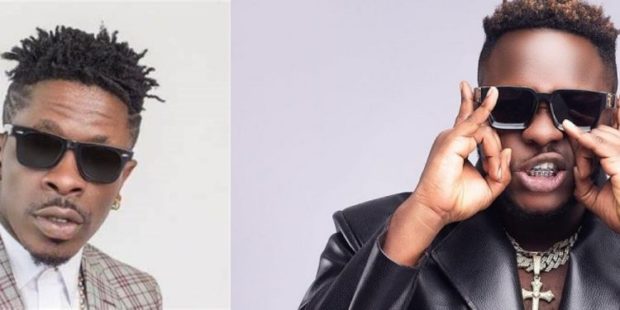 Shatta Wale’s lawyer, Jerry Avenorgbo appealed to the court to grant his client the opportunity to attend some programs outside the country during the festive season.

Shatta Wale was arrested on October 19, 2021, for faking a gunshot attack on him and was subsequently charged with causing fear and panic and false publication of news.

The dancehall artiste was remanded at the Ankaful prison and later granted a self-recognizance bail at the sum of GH¢100,000.

Pobbi Banson, lawyer for Medikal, also prayed the court to adjourn proceedings to January 25, 2022, since his client would also be on trips to perform at events during the Christmas festivities.

The court, presided over by Emmanuel Essandoh granted the request and adjourned sittings to January 25, 2022.

Related Topics:MEDIKALShatta Wale
Up Next