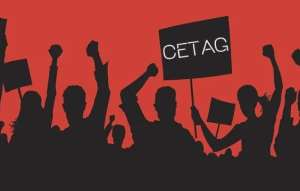 The leadership of the Colleges of Education Teachers Association of Ghana (CETAG) has directed its members across the country to end the annual leave they embarked on and return to the classrooms.

All the teachers in the country’s 46 campuses proceeded on annual leave on September 1, 2022, after working a year without break.

The decision followed a directive by their union leaders.

The decision has been described by the Principals of Colleges of Education (PRINCOF) as a strike in disguise.

Speaking to Citi News, The National President of CETAG, Prince Obeng-Himah said the decision was as a result of a meeting held with PRINCOF and its resolve to compensate the tutors for the remaining leave days.

“We have asked our members to resume work and bring the end of the leave tomorrow. So we will start teaching from Monday. PRINCOF has been forthcoming now unlike when they were claiming that our demands are illegitimate. There will be some compensation for the days we have forfeited. That is the agreement.”

CETAG indicates that the introduction of the new academic calendar, which requires that teachers work an entire year without break, has forced them to take such a decision.

The 28-day annual leave was expected to end October 10.