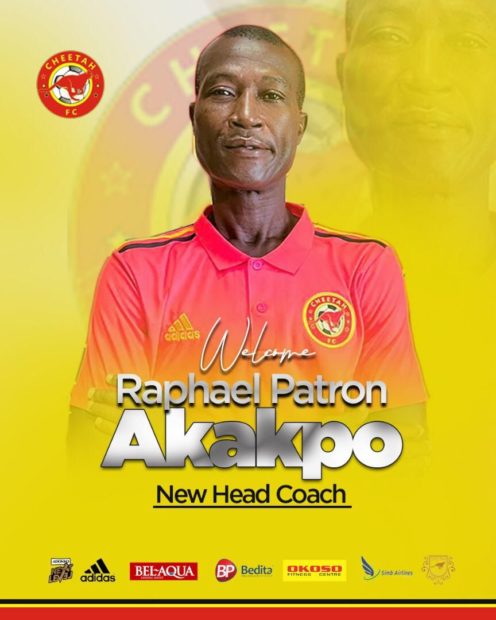 Kasoa based division club Cheetah FC have appointed Raphael Patron Akakpo as head coach of the club. He joins the Predators family on a two-year deal.

The former WAFA and Asante Kotoko assistant coach, have been brought in to help develop the numerous young talents the club has.