Home / AFRICA / Chicago man who spent 20 years in prison for murder he didn’t commit gets $14.25M 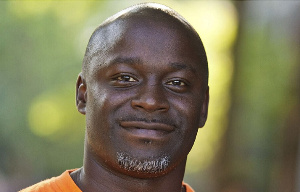 Chicago man who spent 20 years in prison for murder he didn’t commit gets $14.25M

A Chicago man who spent over 20 years in prison after he was allegedly beaten and coerced to confess to a double murder he did not commit has reached a $14.25M settlement with the city.

According to Chicago Sun-Times, Daniel Taylor was 17 years old when he was convicted for fatally shooting Jeffrey Lassiter and Sharon Haugabook in 1992.

But Taylor’s linkage to the double murder was highly questionable because he was actually in police custody at the time the crime was committed. The city will now pay him the aforementioned money to settle a wrongful conviction lawsuit.

“Our client is happy for a measure of compensation. But it can’t begin to make Daniel whole for all he lost,” Taylor’s attorneys, David Owens and Alexa Van Brunt, said in a statement to the news outlet.

The lawsuit, which was filed in 2014, alleged Chicago police officers beat and coerced Taylor to falsely confess to the double murder. The plaintiff was among seven men who were accused of the crime. One of the men claimed Taylor “participated” in the killings.

The lawsuit also alleged Chicago police withheld evidence that determined Taylor was not at the crime scene. Taylor was in custody at the time of the killings. And he was released an hour after Lassiter and Haugabook were fatally shot.

During his trial, authorities did not also present fingerprints, DNA or other physical evidence linking Taylor to the double murder, the lawsuit claimed, adding that the Chicago Police Department “withheld evidence” that could have cleared the Black man of the crime.

Besides being beaten to get him to falsely confess to the killings, the lawsuit accused Chicago police of fabricating evidence, Chicago Sun-Times reported. The city of Chicago and eight Chicago police officers were named as defendants in the lawsuit. The officers are Anthony Villardita, Thomas Johnson, Brian Killacky, Terry O’Connor, Rick Abreu, Robert Delaney, Sean Glinski, and Michael Berti.

The lawsuit claimed the officers “withheld facts from prosecutors” and misrepresented “evidence to prosecutors.” The officers were also accused of failing to “investigate evidence that would have led to the real killer.”

“Unfortunately, the misconduct that caused Plaintiff’s wrongful conviction was not an isolated incident. On the contrary, the Chicago Police Department, including officers working within the Department ‘Area’ where this investigation occurred, engaged in a pattern of unlawfully coercing confessions over a period of years, frequently preying on young African-American men in order to close unsolved cases through overzealous methods of interrogation,” the suit added.

The city was also pointed out for a “pattern and practice of withholding exculpatory evidence” in CPD “street files from the courts, prosecutors, and defendants, just as was done here.”

“Although Plaintiff has won back his freedom, he will never regain the decades lost in his life. This lawsuit seeks redress for those injuries,” the lawsuit stated.

Authorities ultimately vacated Taylor’s sentence in 2013. The charges that were brought against him in connection with the killings were also dropped by the state, and he was released after spending more than two decades in prison. Taylor received a certificate of innocence from the Cook County Circuit Court in 2014.

“I don’t have the words to explain what it feels like to get out a grown man, once going in as a child,” Taylor previously told reporters. He also said he attempted suicide in prison.

“It’s unexplainable. … I have no words for that, period,” he said.

Tags $14.25M 20 Chicago.man commit didnt FOR GETS HE IN MURDER prison spent WHO YEARS

Previous ‘You should have died instead of Osei Tutu’ – Agradaa fumes in reply to Don Little
Next VIDEO: Foreigners get pregnant after visiting Ghana – Wode Maya expresses shock