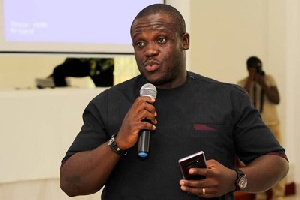 The Coalition of Muslim Organisations, Ghana (COMOG), the umbrella body of all Muslim organizations in the country has extended its unflinching support to the eight (8) Members of Parliament sponsoring a private member Bill on the Promotion of Proper Human Sexual Rights and Ghanaian Family Values led by Sam Nartey George, MP for Ningo Prampram.

It has also extolled the Speaker of Parliament, Hon. Alban Bagbin, for initiating and bringing together Parliamentarians and the National Coalition for Proper Human Sexual Rights and Family Values to form the Committee to draft the Bill which COMOG was duly represented.

“In view of the influx of several cultural values with the tendency of diluting the cultural values and beliefs of our society, this bill is deemed so relevant in time and value that it would be an understatement to say it has been timely.

“We therefore anticipate that the Bill will curb the trend of immorality to which our younger generations are being exposed,” Coalition of Muslim Organisations stated.

It added that, “For us in COMOG, we believe the Bill appropriately mirrors the aspirations of the Ghanaian people and the cultural values they maintain against the practice of LGBTQI+.”

COMOG therefore encouraged the MPs sponsoring the bill and all anti-LGBTQI+ advocates, who are facing threats of all shapes to remain resolute in this struggle for the emancipation of our people from a cultural enslavement.

“To such MPs, we can assure them of our resolve, as the umbrella body of all Muslim organizations in this country, to stall their bid to seek reelection because they don’t deserve to represent the people in the Legislature of Ghana so long as they continue to pander to the whims and caprices of LGBTQI+ practitioners, its sponsors and advocates. We are by this release, again calling on the government to support the Bill till it is successfully passed and accented,” COMOG added.

It therefore urged the MPs to stand for the people of Ghana and draw lessons from the likes of Hungary which passed a similar Bill into law on the 26th of July, 2021.

“COMOG is also calling on all well-meaning Ghanaians, especially the Traditional Leaders, Religious Leaders and the Legislators to pay heed to the call of the people they represent,” it added.