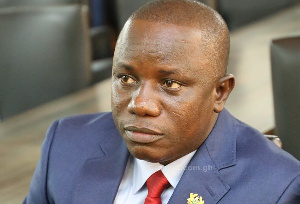 The government has authorized the Ministry of Defense to establish 15 brand new Military bases in Northern Ghana to deal with internal conflicts and border threats that can spill into the country, MyNewsGh.com reports.

This information was contained in the briefing of Ghana’s Minister for Defence and Member of Parliament (MP) for Bimbilla Dominic Bingab Aduna Nitiwul during a site tour of some facilities and structures of the Ministry of Defence (MOD) and the Ghana Armed Forces.

“We know the threats exist, but we would work to prevent it, that is why we are constructing 15 military bases in the Northern Frontiers, some of which are to deal with internal conflicts, while others are to ensure that the borders keep away threats of aggression. Some works are at the roofing stages, and others at various levels, to keep the nation safe to attract investments for development” he said.

He said the government was committed to ensure the nation’s military is well-equipped and stronger to defend the country.

Ghana is the safest place in West Africa, and there are many international institutions that have moved their headquarters to Ghana, whiles working in other African countries. Many nations have not prepared like this and have suffered for that. There was a lack of investment in the Armed Forces in times past, but it is picking up pace, even though we wish for more”, Minister Nitiwul added.

“Whenever any country purchases even one weapon, every state in the West African community knows about it because you have to go to ECOWAS to seek clearance for the purchase. So, whether we buy or not, the whole world knows it. It is in our interest to be ready so that nobody would easily think to attack us. If we do not have the equipment, then we become the weakest link, which we cannot afford to be”. He explained.