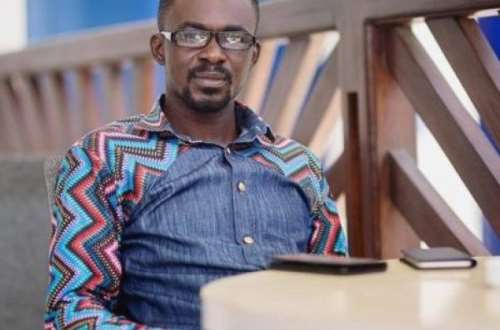 An Adentan Circuit Court has given Nana Appiah Mensah, aka, NAM1 and two others two days to appear before it to answer the charge against them.

Nana Appiah Mensah, Chief Executive Officer of the defunct Menzgold, Gabriel Kwamigah, aka, Gabby and Eric Amponsah Bediako, aka, Cana, have been charged with conspiracy to defraud by false pretenses.

The Court order came after the accused persons had failed to appear before it.

The Court had earlier issued criminal summons to be served on them.

The accused person did not honour the invitation but a lawyer represented them when the matter was called at the last sitting.

When sitting resumed today, November 02, 2021, Chief Inspector Maxwell Lanyo, who held brief for Superintendent of Police Patience Mario, said “We served them with summons but the accused persons are not here.”

Chief Inspector Lanyo, therefore, prayed for bench warrant for the arrest of the accused persons.

The case investigator said the accused persons had declined several Police invitations extended to them.

The investigator who was in court, said the Police had difficulty in serving the accused persons but one of the managers of NAM1’s company was located and criminal summons served through him.

The Court, presided over by Mrs. Sedinam Awo Balokah, said, “I will issue a bench warrant for their arrest. It will be the best notice for them.”

The defense counsel, Mr. Yaw Dankwah, earlier prayed the Court not to issue a bench warrant and asked that his clients be given two weeks to appear in court.

Mr. Dankwah argued that criminal summons should be served personally on the parties involved and not through someone and informed the court that the accused persons were not within the jurisdiction and that they were in Tamale.

The Court, however, challenged the defense counsel to produce the number, which called his clients to appear in court because it was an offence for an official of the court to personally call an accused person to appear in court.

It, therefore, directed the Registrar of the Court to institute investigations into the allegation for disciplinary action to be taken against the said staff.

The matter has been adjourned to November 4.

Fix our roads, we can’t swim in the mud anymore – Amansie South residents to govt

Bono: 2-year-old boy dies in Drobo as 6-bedroom is burnt down