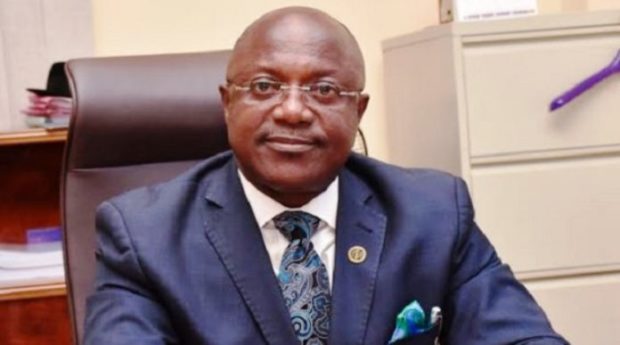 Abudu Abdul Ganiu says though these persons presented “genuine documents, some later interviews showed that they were not Ghanaians.”

He said this when he was responding to questions concerning acquiring the Ghana Card for the ongoing SIM Card re-registration exercise on Joy FM’s Super Morning Show on Tuesday.

The Ghana Card is the only identification being accepted for the registration of SIM cards of citizens.

The Communication Ministry has warned that SIM cards that are not registered by the end of March 2022 will be blocked.

After experiencing a delay in acquiring the National Card for the SIM registration process, some Ghanaians are reportedly reapplying for the card at another registration centre.

But Mr Ganiu has reiterated that double registration was an offence punishable by law.

He mentioned that the NIA had already proceeded to court to prosecute people who have been found culpable.

“We are prosecuting people because that amounts to infringing on the law. We have gone to court with a lot of people on various registration offences.

“I know quite a lot of people are in prison already just because they came passing some documents, even though they are genuine documents, later some interviews showed that they are not Ghanaians,” Mr Ganiu said.

He explained that the only legitimate grounds for persons to re-apply for the National Card is when they get an official notice from the Authority on the need to go through the process again.

“Not until you get a signal that after our adjudication, we have concluded that probably you must have to do the registration again, which must be official, you don’t have to do that,” he intimated.

Responding to questions on the need for Ghana Cardholders to go through the biometric exercise again for the SIM re-registration process, Mr Ganiu said it was needed to confirm the identity of its holders.

“I can take your Ghana Card and go through the SIM registration process, and at the end of the day, a number gets registered in your name, but I would be the one using it…So [biometric data] has been shared with the telcos, which is just a way of validation.

“If your Card is just on the table and I pick it, I can go through the process. Going to pick your biometric data ensures that you are the very person who went through that process. It’s just another layer of verification,” he explained.

Related Topics:Fake Ghanaians jailed
Up Next