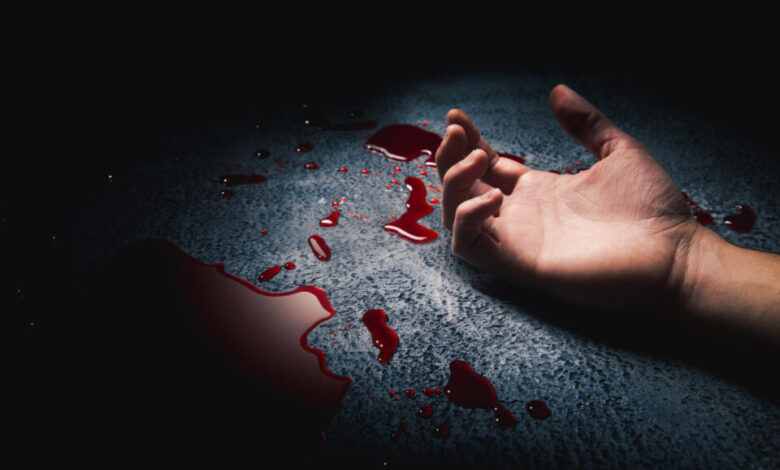 Information trickling from Aboabu No4, a Community at Dormaa Central isn’t pleasant to the ears. An old man 65 identified as Kwaku Abu, butchered his wife Rosina Takyiwaa to dead, wounded his only beloved daughter Augusta severely and committed suicide to save himself for being sentenced to jail.

According to an eyewitness who confirmed the incident to MyNewsGhana, Mr Abu is a local farmer and a Palm wine tapper at Aboabu No4.

A few days ago, he started behaving strangely and completely distanced himself from people in the community. He became an introvert within a twinkle of an eye.

He was approached by relations to have confined in them what his problem was, but to no availed.

His daughter who has been alleged to be “Dady’s girl” was surprised about the sudden change of character of her father. He was very closed to the daughter and does her wish anytime she requested.

He sharpened his matchets, which he usually does anytime he goes to tapped his wine. While in the house yesterday in the evening at 16:45GMT with the wife and daughter, all of a sudden he took the matchet on the wife and started butchering her. Augusta tries what she could to have stopped the father, unfortunately, her right wrist hand was nearly chopped off.

They keened for help, but as at the time people came to their rescue, his wife was already dead. The daughter was lying in a pool of blood too. He eventually decided running but was timely intercepted by a mob of people in the community. According to them, before he was apprehended, he took in something they suspected to have been poison. This portal reached out to some neighbours in the same environment with him and gathered that he allegedly accused his wife of cheating. They added that, before the incident, it was on his lips that he will kill somebody. They saw it to be a mere joke not knowing it was something he indeed planned.