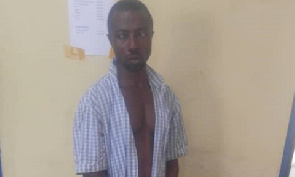 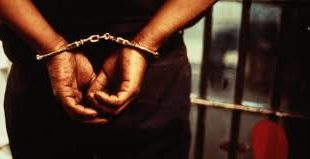 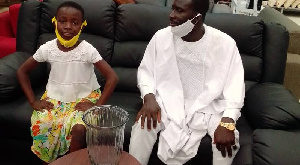 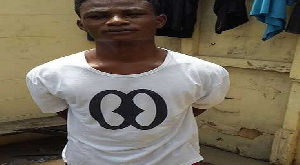 The Abokobi Police have arrested a 34-year-old man suspected to be the ring leader of a gang that has been selling Indian Hemp at Pantang village and its environs.

Toufik Adams, aka Wee Master, was arrested with a quarter slab of dried leaves, seeds and powdered leaves, all suspected to be Indian Hemp, in a blue polythene bag.

Also, five scissors and two metal crushers were found on him.

He was apprehended by the Ayi Mensah-Abokobi Police Patrol Team in a kiosk where he sells the substances to his customers.

He is currently in the custody of the Abokobi Police assisting in police investigations.

“When the suspect was brought to the police station and interrogated, he admitted that he received the dried leaves from a client in Hohoe in the Volta Region through a driver.”

He said Toufik stated that he could identify the driver but did not know his name.

“We are currently keeping him here to assist us investigate the matter after which he would be arraigned before court.”

Superintendent Tetteh appealed to the public to provide the police with information which would lead to the arrest of criminals operating in the area.” 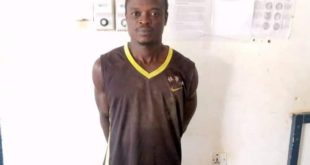